Dolores Retana, M.A. Ed., is an independent human services consultant.  She has been a sole proprietor since January 1995.   Before launching an independent career, Dolores was the Assistant Director and Juvenile Justice Specialist at the Governor’s Office for Children (GOFC). 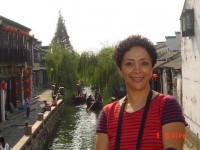 Dolores was the Co-principal investigator in the Chinese and Vietnamese as well as the Korean and Filipino Community Needs Assessment Study and served as Co-principal investigator on the Chinese and Vietnamese Mental Health Study.  She worked with local Asian community leaders to establish the Asian Pacific Community in Action (APCA), the only nonprofit organization who dedicates itself solely to address and meet the needs of Asian and Pacific Islanders in Maricopa County.   Most recently she served as evaluator for APCA’s Health Through Action Program, an initiative funded by the Kellogg Foundation.

For five years, she served as Principal Evaluator for the Kyrene School District’s Demonstration Safe Schools/Healthy Students Initiative funded by the Department of Health and Human Services, the Department of Education, and the Justice Department.  She also completed a study for Think AZ on the impact Proposition 200 had on service utilization amongst undocumented individuals in Maricopa and Yuma Counties.  In August 2008, during the Oxford Round Table on Immigration at the University of Oxford, she presented her findings.  She was the only non-academician invited to present. 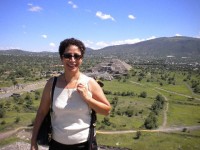 Dolores served asArizona’s Consultant for the Hispanics In Philanthropy Foundation providing technical assistance to ten grantees, in a variety of service areas.  She was also part of a team of professionals contracted by Cenpatico Regional Behavioral Health to evaluate their prevention programs which are both community and school based.  In a team effort, focusing on underage drinking, she recently work in the Ak-Chin Tribal Community completing a community needs assessment.  This effort was funded by the Governor’s Office via a Strategic Prevention Framework State Incentive Grant (SPF SIG).  For the past seven years, Dolores has worked with A Stepping Stone Foundation in evaluating their preschool and family literacy programs.

As part of health care reform, Dolores served as part of a team that prepared an application for the Mountain Health and Wellness Center in Apache Junction to be recognized as a Federally Qualified Health Center.  Currently, Dolores staffs the Children’s Action Alliance Kids Health Link Coalition, an effort funded by First Things First to enroll families with young children into AHCCCS.   She is also contracted by the Arizona Department of Health Services (ADHS), Health Disparities Division to complete a needs assessment for their Center for Disease Control funded project; Racial Ethnic Approaches for Community Health (REACH).